A Tour of Frank Lloyd Wright’s Most Beautiful California Buildings

Frank Lloyd Wright is arguably one of the most important icons of American architecture.  His visionary work continues to inspire.  Much of modernist architecture grew from Wright’s pioneering design.  He was a celebrity in his lifetime, and revered today.  Wright was prolific, designing hundreds of buildings in a vast multitude of styles.  From large museums to one small doghouse, he designed for many purposes.  Here is a tour of Frank Lloyd Wright’s most beautiful California buildings. 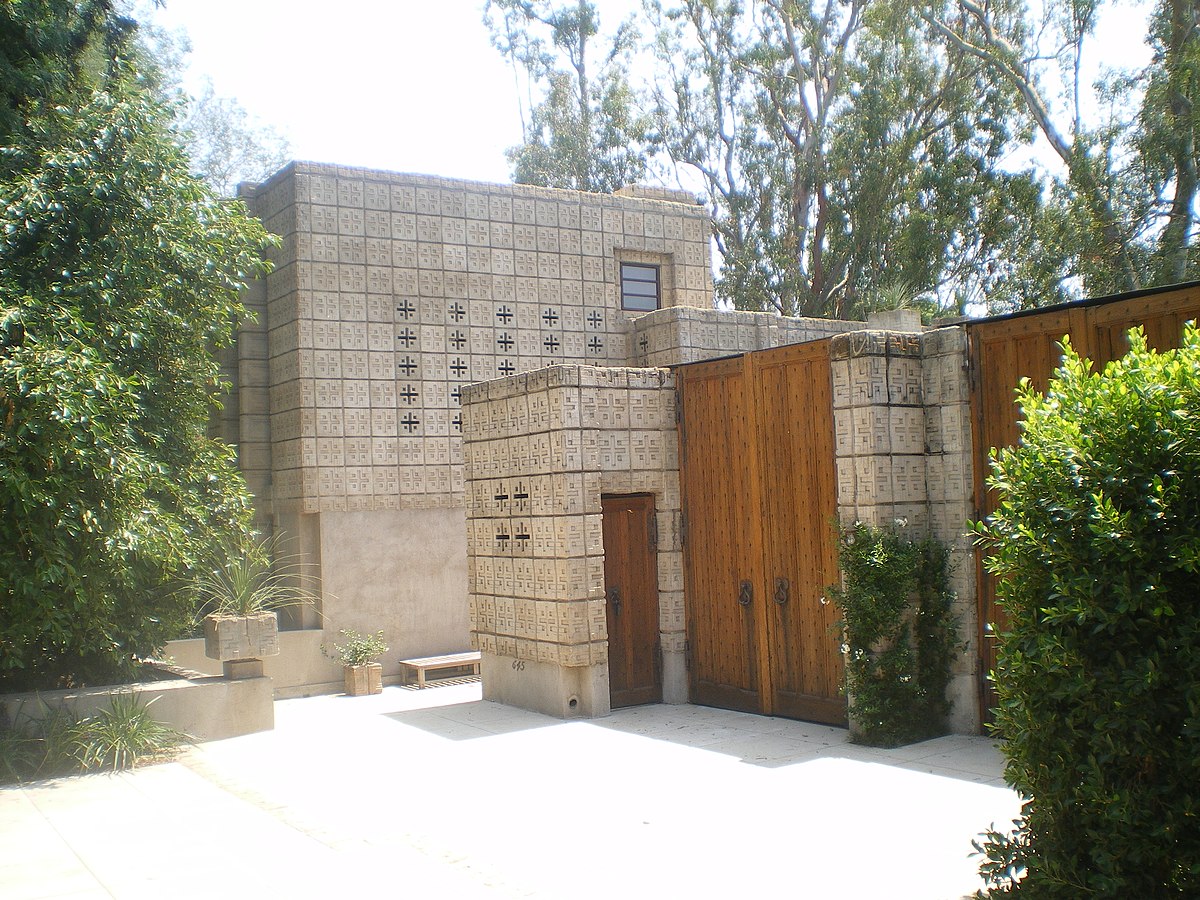 Wright’s first textile block home was built in 1923.  He created the unique home for arts dealer Alice Millard, a returning client of his. The stacks of decorative blocks fit together neatly to form a three story home complete with plenty of terraces for outdoor living. The Millard House is a rare example of vertically aligned design from Wright.  The structure was nicknamed La Miniatura, and it fits inside a ravine near Pasadena.  The home, which is on the National Registry of Historic Places, blends in with the surrounding arid landscape.  Wright described the process of building this home with himself as “the weaver” who used “masonry fabric” to construct this architectural masterpiece.

Ennis House, built in 1924, is the last and largest of the Los Angeles concrete block homes designed by Wright.  The Little Palace, as Wright nicknamed it, is an outstanding example of his Mayan Revival period. The design was based on an actual Central American temple and is an iconic structure in Los Feliz.  The hillside structure is made from 27,000 bricks.  Frank Lloyd Wright considered this one of his favorite projects.  The building has been used in several films such as Blade Runner.

This concrete temple of a home is named for the owner, Aline Barnsdall’s, favorite flower.  The hollyhock form is a repeating design found throughout the abode.  This design was Wright’s idea for a regional style for Los Angeles.  He later called this LA style of design California Romanza. The main portion of the home has multiple terraces, split levels, and courtyards.  The home is a beautiful example of inside-outside flow in design. In 1927, Barnsdall donated the Hollyhock House and 11 surrounding acres to the city of Los Angeles to use as a public art park.

Ever the innovator, Wright devised an inexpensive, simple construction method to enable more people to build their own homes.  His modular construction system used concrete blocks tied together by steel rods.  This “Textile Block System” was his answer to the need for a modern and democratic system of his architecture idea.  The Storer House in set on a steep hillside in the Hollywood Hills.  It was compared to a Pompeiian villa at the time, partly due to the lush landscaping which created the illusion of a ruined building peeking through the greenery.  The home fell into disrepair but was restored in 1984, with help from Wright’s grandson, Eric Lloyd Wright.  Today it is once again a private residence.

Frank Lloyd Wright designed this home in 1936 for Stanford Professor Paul Hanna and his wife, Jean.  As mentioned in the previous entry, Wright had a growing interest in designing elegant and affordable custom homes for the American middle class. This project evolved into a long term collaboration between the Hannas and Wright.  The home was based on hexagonal geometry, with no right angles.  This design experimentation gave Wright the opportunity to explore open floor plans, which was a turning point in his career.  The home was lived in by the Hannas until they gave it to Stanford in 1975.  The structure sustained significant damage in the 1989 Loma Prieta earthquake, but it was restored and is now open to the public.